New Kidneys for a Temple Priest

Vijay grew up in a highly orthodox and conservative Hindu family. His father was a staunch Hindu priest in a temple and wanted his son to follow his footsteps. When Vijay grew up he became priest of a big temple. The temple became second home to him. Sometimes he would spend the night worshiping the idols of stone and plastic. 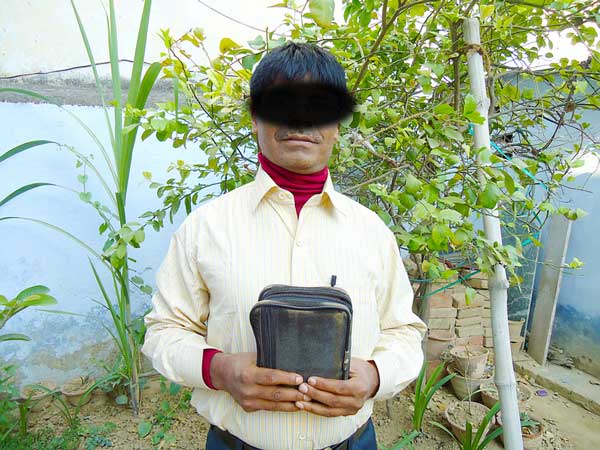 The time came for Vijay’s marriage. After marriage, they lived in a room attached to Vijay's father's house, as is the custom. His wife was a secret follower of Jesus. For a long time Vijay was not aware of this because she hid her Bible in her suitcase and read it only when her husband was away. But one day, Vijay caught her reading the Bible and praying. He was furious! He beat her badly using his fists and belt. He took the Bible from her and threw it into the fire. The next day, he sent her away to her mother’s home and refused to allow her to return.

Shortly after this Vijay fell very sick. He was neither able to digest solid food nor even to take liquid. Whatever went into his stomach caused him to immediately vomit. His health deteriorated day by day. Medicines had no effect on his body. His father took him to many witch doctors yet none were able to heal him with their witchcraft.

At last, when nothing worked, his father took him to a well-known physician. The physician did tests on Vijay and confirmed that both of Vijay’s kidneys had been damaged and he needed a transplant. At that time the complicated operation could only be done in big cities far away. The operation was risky with uncertain outcomes, possibly even death. Due to Vijay’s deteriorated condition from being sick for so long, the doctor estimated the chances of a successful operation to be only 1%.

His wife heard about his condition and came to the hospital to see him. She asked him to accept the Lord as his Savior. Vijay was so weak, he could barely answer back. Finally he motioned with his hand and whispered into his wife’s ear. All he could say was, “If Jesus can heal me, I will live for Him for the rest of my life.”

From that day, Vijay didn’t vomit again, and his fever disappeared. In the evening, after so many months, he felt hungry and asked for something to eat. His family could hardly believe it! He hadn’t eaten solid food in months. They ran and called the doctor. The doctor was shocked. He repeated all the tests a second time. This time the results showed something completely different; his kidneys were working just fine. The only thing amiss was a stone in his kidney. The doctor declared that in his entire professional career, he had never seen such a thing. He was amazed at how all the previous reports could differ so dramatically from one another within a span of only a few days.

After a simple operation to remove the kidney stone, Vijay was discharged from hospital and went back home. He regained his health and strength.
Vijay realized that it was the Lord Jesus who had miraculously healed him by His mighty power and raised him from his deathbed. 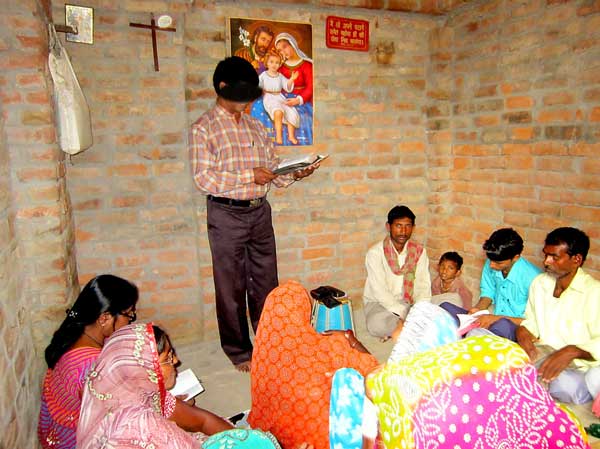 Vijay confessed his sins and committed his life to Jesus. He welcomed his wife back and they started going to church together. After they returned from Bible school, Vijay’s parents threw them out of the house on account of their faith in Christ. They had nowhere to go, so for some time they lived in a makeshift tin shed. After two months they found a place to start serving the Lord in a far-away town, but Vijay felt that he was to preach the Gospel in his own home town. With no source of income, they returned by faith and rented a room. They used the room both as their home and also for church gatherings. As Vijay went out daily sharing the Gospel, people began to turn to Jesus.

At that time WIN LIFE came to know of them. Seeing the total commitment of both Vijay and his wife to the Lord’s work, we invited them into our team. Today, they continue to dynamically bringing the love and hope of Jesus Christ to the most remote and unreached regions.

When you support WIN LIFE, you are helping native leaders like Vijay to bring Christ to their own native people.